Hydroelectric power generates electricity using water without quantity reduction and environmental pollution. Hydropower is the most effective renewable energy source in the world.

Hydroelectricity is a renewable and effective type of energy, which generates electricity from water using kinetic energy. Although there are many controversial opinions on using hydroelectric power due to the effects on the wildlife, biodiversity and population of the nearby territories, hydropower plants produce the largest amount of renewable energy on the planet without environment pollution and greenhouse gas emissions. 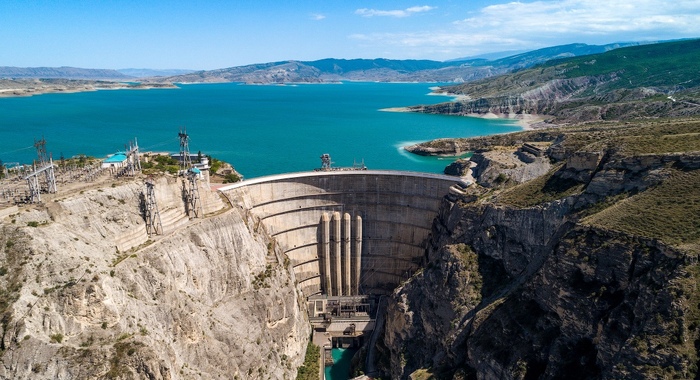 Humans have been harnessing the power of water for centuries. The records prove water mills being used in different parts of the world back in the 3rd century BC. After engineer James Francis introduced the first water turbine, hydropower became an electricity source in the 19th century and the first hydroelectric power plant started its operation in Wisconsin in 1882. Today, hydropower provides about 20% of the world’s electricity and generates 74% of the planet’s renewable energy. China is the largest producer of hydropower, followed by the United States, Brazil, Canada, India, New Zealand and Russia. The world’s biggest hydroelectric plant is Three Gorges on Yangtze River in China. The gigantic dam is 1.4 miles (2.3 kilometers) wide and 607 feet (185 meters) high. The plant generating most of the electricity is Itaipu located on the Parana River between Brazil and Paraguay.

What is hydroelectric power and how is it generated?

Dam is the most common type of hydroelectric power using a concrete dam to create a reservoir. Water is blocked in a dam and released flowing downwards spinning the turbine blades to produce a specific amount of electricity

Pumped storage is a method when the water is pumped from a dam at a low level up to a dam at a higher level. The pumps are powered with cheap electricity and release it when the demand is rising.

Run-of-the-river is a type, which uses natural water flow instead of a dam but works with a similar mechanism as a dam hydropower plant. This type of hydropower facility is not so popular as the water amount cannot be controlled.

Tidal power is a hydropower plant type working with the tidal movements and generating energy twice a day.

The main advantages of hydroelectricity:

Despite being an effective and renewable energy source, there are certain disadvantages and negative tendencies about using the hydroelectric power: